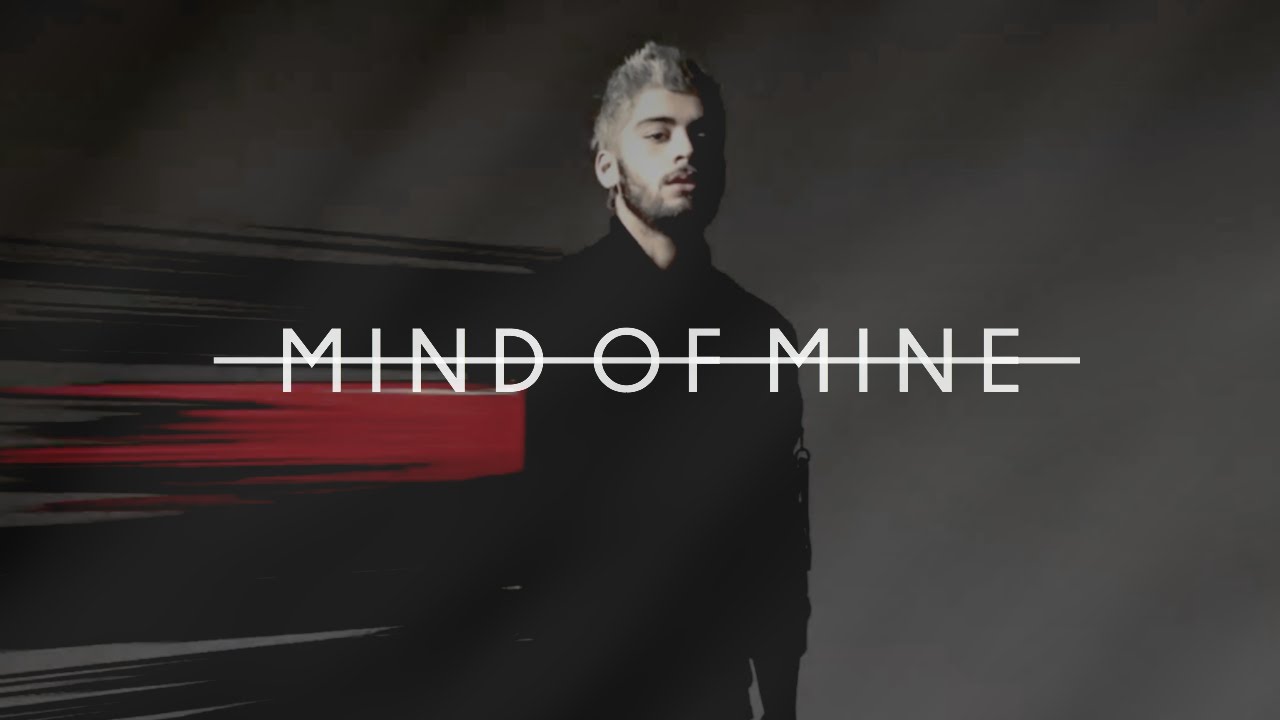 It is one of the most wonderful times of the week, that is New Music Friday.  We have a few nice releases this week starting with Zayn, as well as scream greats Asking Alexandria, Young Thug, Sammy Adams, a 90s fav Duncan Sheik, Bob Mould, and a great indie band in Marjorie Fair.  Let’s take a watch at all that is new right here and let us know what you will be rocking out to this weekend.  Enjoy, GoStoner nation.

Mind of Mine is the debut studio album by English singer and songwriter Zayn . It was released by RCA Records on 25 March 2016. The album was preceded by the release of the lead single “Pillowtalk“, which debuted at number one in a number of international charts, including the UK Singles Chart and the US Billboard Hot 100. The second single, “Like I Would“, was released on 10 March 2016. Mind of Mine has received favorable reviews from music critics, with praise directed towards Malik’s new musical direction, his vocals, and the album’s music production

The Black is the fourth studio album by English metalcore band Asking Alexandria. The album was released on 25 March 2016, and marks the first album featuring former Make Me Famous guitarist and Down & Dirty frontman Denis Shaforostov as the band’s new lead vocalist, succeeding former frontman Danny Worsnop who departed for hard rock supergroup We Are Harlot. It was proceeded by the singles “I Won’t Give In” released on 26 May 2015, “Undivided” released on 25 September 2015, and the album’s eponymous track “The Black” released on 2 February 2016. The first song on the album, “Let It Sleep”, was released on 3 March 2016, with a music video for the track being released the following day

Young Thug, is an American rapper from Atlanta, Georgia. He is perhaps best known for his commercial debut single “Stoner“, as well as his collaborations with fellow Southern rappers, such as Rich Homie Quan, Birdman, Waka Flocka Flame, Gucci Mane, Young Scooter, Shy Glizzy, Migos, Travi$ Scott and T.I.. Young Thug signed a record deal with Gucci Mane’s 1017 Brick Squad Records, an Asylum/Atlantic imprint, in early 2013.[2][3] He gained major recognition in 2014, after being featured on a string of singles, including “About the Money” and “Lifestyle“, the latter of which peaked at number 16 on the US Billboard Hot 100 chart

Bonamassa opened for B.B. King when he was only 12 years old.[2] In the last 13 years Bonamassa has put out 15 solo albums through his independent record label J&R Adventures, of which 11 have reached #1 on the Billboard Blues charts.[3][2]

Bonamassa has played alongside such artists as Stephen Stills, Eric Clapton, Blondie Chaplin, Foreigner, Buddy Guy, Steve Winwood, Warren Haynes, and Derek Trucks among others.[4] His career highlights include performances at the Royal Albert Hall and a Grammy Award nomination in 2013. In addition to his music career, Joe Bonamassa runs a nonprofit organization called the Keeping the Blues Alive Foundation, whose mission it is to further music education by funding scholarships and providing music education resources to schools in need.

Bonamassa’s most commonly recognized instruments are his 1959 Gibson Les Paul Standards. His extensive guitar collection is one of the best in the world

Adams has been involved in music for most of his life, playing piano since age 7. At age 11, he began to improvise with his piano playing, starting to create his own beats and melodies. He aspired to become a producer long before he ever considered becoming a rapper. Adams wrote small raps for himself through middle and high school, but did not formally start making music until college. Adams has stated in interviews that his musical influences have not come from just other rappers, but also from classic rock, rock, classical music, and blues.[1] Adams prides himself on being able to cross genres, allowing him to get back to his musical roots and experiment with other kinds of music to supplement his “hip-pop”. Adams started recording songs on his Macbook in 2008 from his college dormitory room. Although Sammy Adams is referred to as “Boston’s Boy”, he actually resided in wealthy, upper-class suburbs for most of his life.

Anthony Hamilton is an American R&B singer-songwriter, and record producer who rose to fame with his platinum-selling second studio album Comin’ from Where I’m From (2003), which featured the title track single “Comin’ from Where I’m From” and the follow-up “Charlene“. He is also known for the song “Freedom” from the soundtrack album of Django Unchained cowritten and sung as a duo with indie soul singer Elayna Boynton.

Metal Church is an American heavy metal band. They originally formed in San Francisco, California in 1980 before relocating to Aberdeen, Washington the following year and briefly using the name Shrapnel. Their eponymous debut album was released in 1984, and their latest, XI, is due for release in 2016.[1]

The band is credited as a formative influence on the thrash metal subgenre,[2] melding the aesthetics of the New Wave of British Heavy Metal and American hard rock with “incredibly tight musicianship” and “piercingly screeched” vocals.[3][4] Early lyrical topics such as conflict and paranoia later expanded into philosophical and social commentary.

Domo Genesis, is an American rapper from Los Angeles, currently signed to Odd Future Records. He is a member of the alternative hip hop collective Odd Future and sub-group MellowHigh.

Birdy, is an English musician and singer-songwriter. She won the music competition Open Mic UK in 2008, at the age of 12. Her debut single, a version of Bon Iver‘s “Skinny Love“, was her breakthrough, charting all across Europe and earning platinum certification six times in Australia. Her self-titled debut album, Birdy, was released on 7 November 2011 to similar success, peaking at number 1 in Australia, Belgium and the Netherlands. Her second studio album, Fire Within, was released 23 September 2013 in the UK and other surrounding countries.

Seven Lions, is an American record producer, remixer, instrumentalist and DJ from Santa Barbara, California.[2] Seven Lions’ first significant track was his remix of Above & Beyond’s “You Got To Go.”[3] He has also released three EPs which have charted on Beatport, and his track “Don’t Leave” entered the UK Singles Chart in 2014. His 2014 EP Worlds Apart charted at No. 76 on the Billboard 200 albums chart.

Bob Mould is an American musician, principally known for his work as guitarist, vocalist and songwriter for alternative rock bands Hüsker Dü in the 1980s and Sugar in the 1990s

eLZhi, is an American rapper from Detroit, Michigan. He is a former member of Slum Village and now records as a solo artist. On May 10, 2011, Elzhi released Elmatic as a tribute to Nas’s classic debut Illmatic, produced by Will Sessions. In his youth, he made numerous visits to the Hip-Hop shop in Detroit, taking advantage of open-mic nights hosted by fellow Detroit rapper Proof. These sessions gave him the opportunity to be surrounded by Detroit’s most talented MCs such as Obie Trice, Magestik Legend, Finale, Invincible, Phat Kat, Guilty Simpson, Royce da 59, One Be Lo, J Dilla, Baatin, D12 and even Eminem

Parker Millsap is an American singer-songwriter from Purcell, Oklahoma playing a blend of blues, country, and folk music. Named one of Americana Music Association‘s 2014 Emerging Artists of the Year after the release of his self-titled album, Parker garnered attention with his popular song “Truck Stop Gospel”, which has been featured on NPR’s music program “The Record”.[1] Playing with childhood friend Michael Rose on bass and Daniel Foulks on the fiddle, Parker plays guitar with a style that has drawn comparisons to Elvis.[2] He also plays the harmonica and slide guitar.

He attributes his musical influence to growing up in a Pentecostal Church and listening to blues with his parents. [3]

Mat Zo, is a Grammy-nominated[3] British producer, composer and DJ.[4] Zohar released his debut album, Damage Control, via the Anjunabeats and Astralwerks labels on 5 November 2013

Thi’sl is an American Christian hip hop producer and songwriter from St. Louis, Missouri. In 2007 Thi’sl was signed to the record label X-Hustler where he recorded three studio albums entitled, After This House I Shall Live, Chronicles of an X-Hustler and Beautiful Monster. In 2012 he was featured on Lecrae’s album Gravity which won a Grammy award .