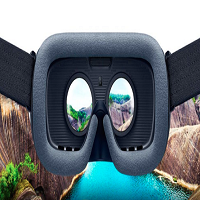 TJ has been seen in many sketches on Collegehumor.com such as ‘Friends with Benefits Wedding’, ‘Spank Bank’, and ‘Electric Company Ad’ as well as the MTV College Humor TV show. He was featured in the 2007 NY Comedy Festival alongside HBO’s Robert Kelley and has hosted shows featuring prominent comedians such as Dave Chappelle, Dave Attell, Chris Rock, and Tommy Davidson. He performs at clubs and colleges all over the country with his diversity comedy tour “Black, White, and Red All Over”.  TJ is also a high demand voice over talent who has done commercial work including Capri Sun’s tag line “Respect the Pouch”, Best Buy, Tidy Cats, Dannon Danimals and many radio spots including AT&T, McDonald’s, Wendy’s and more. He has also voiced characters for mainstream cartoons and video games such as Three Delivery, Yu-Gi-Oh 5D and video games such as BULLY, GTA: The Ballad of Gay Tony and I AM ALIVE.

TJ del Reno paid his dues as a member of ‘Scotchatory Tape’, an improv group that toured the country and performed at The Del Close Marathon at the Uprights Citizens Brigade Theater. A pupil of Bobby Moynihan (UBC, SNL), he also spent time training with UCB house troupe ‘The Stepfathers’ including Zach Woods, Silvia Ozols, and Ari Voukydis (VH1).
An avid gamer in his spare time, TJ encourages fellow nerds to look him up on XBOX Live under TeeJayPrime. You can also find him on Facebook or by dusting of your MySpace account and leaving a comment.

Crystal Beth is a comedian and writer from Rhode Island who is currently living NYC and probably stressing out over something trivial. Crystal is part of Coffee Ring Productions, an award winning production team as an actor and writer. She has been studying improv with the Upright Citizens Brigade since 2012 under the direction and tutalage of Jon Gabrus, . She has been seen on MTV’s Broke A$$ Game Show, DC All Access, as a contestant on Fit or Flop, and in the upcoming webseries FZ Anonymous. Crystal can also be seen doing stand up almost every night in different bars around the city and performing with her improv team Mistress!* Look at “Shows” for upcoming shows!